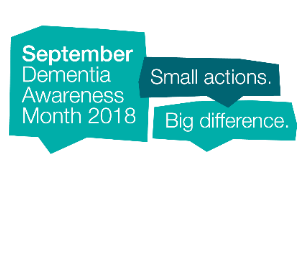 This year’s theme is Small actions. Big difference!  Dementia Australia’s national awareness program is aiming to highlight the small actions people can take to create a big difference for people impacted by dementia, their families and carers.

The impact of dementia in Australia:

Dementia is the term used to describe the symptoms of a large group of illnesses which cause a progressive decline in a person’s functioning. It is a broad term used to describe a loss of memory, intellect, rationality, social skills and physical functioning. There are many types of dementia including Alzheimer’s disease, vascular dementia, frontotemporal dementia and Lewy body disease. Dementia can happen to anybody, but it is more common after the age of 65.

QUICKLINKS
CONTACT US NOW
* indicates required field.
WHERE WE ARE

* If you have a query about a personal health issue which requires professional medical advice please do not email us but telephone our receptionists to make an appointment instead.
Translate »